A fun way to learn Geometry

Dragonbox Elements is a stellar application developped by "We Want To Know" that teaches Euclidean Geometry in a fun way. After trying dozens, if not hundred of Maths application over the years, to teach my son Mathematics concept while keeping it enjoyable, this app come as one of the very best, together with a couple of other app that are added here:

It taught my son Euclidien Geometry without him realizing it, he still approaches it as a game where he has to build up an army made of troops such as isocele or equilateral triangle, roumbus, parralelogram, trapezoide and other quadrilateral, in order to fight some kind of bad monster. In order to collect the troops he has to solve problems that often involve prooving geometrical concept in a very intuitive way.

It is a very good preparation for GCSE and to further enhance maths skill given the importance of Geometry in Mathematics until A-Level and beyond.

The description for the game, which is taken from the website, is:

In the beginning of the game, players learn to identify shapes based on their properties. Next, logic-based puzzles are introduced. To solve the puzzles, players must use the properties of given shapes, which are placed in complex figures of overlapping shapes, to draw conclusions about other shapes in the figure. As the game progresses, players use the definitions, postulates and theorems presented in Euclid’s Elements to solve increasingly sophisticated puzzles. The logical reasoning in the game is identical to the logical reasoning used in formal geometric proof, only with a kinesthetic gaming component that allows players to develop logic pathways with their fingers. Check out the parent guide to learn how to create a wonderful learning moment with your child. 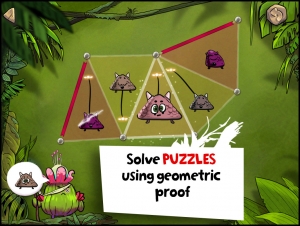 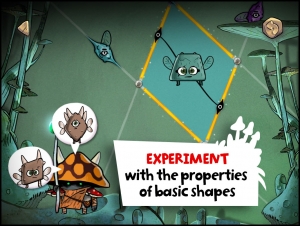 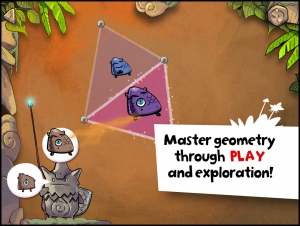 There is a link to a video that describe the game:

DragonBox Elements takes its inspiration from “Elements”, one of the most influential works in the history of mathematics. Written by the Greek mathematician Euclid, “Elements” describes the foundations of geometry using a singular and coherent framework. Its 13 volumes have served as a reference textbook for over 23 centuries. The book also introduced the axiomatic method, which is the system of argumentation that forms the basis for the scientific method we still use today. DragonBox Elements makes it possible for players to master its essential axioms and theorems after just a couple of hours playing!

Visit Mathias's profile to find out more and send a message.

This document creates a mini-booklet with simple, step-by-step instructions for adding and …
4

This is the information that I provide my students to help them improve their marks in GCSE papers, …
3

Interview questions and tips to help you prepare!
3

A comprehensive review of Spanish tenses
2